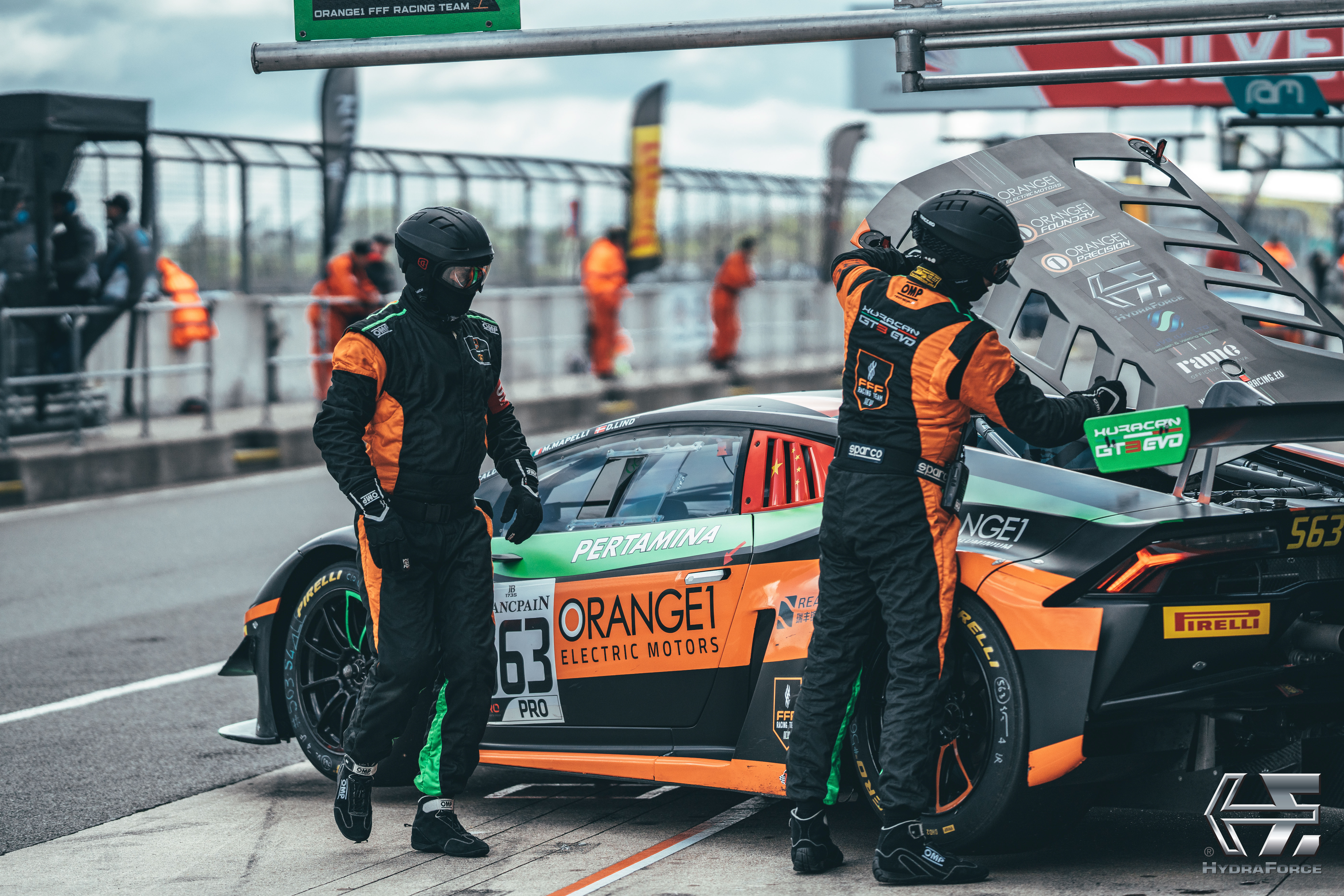 HydraForce Hydraulics Ltd, the Birmingham manufacturer of hydraulic valves and manifold systems, is proud to have featured on the Orange1 FFF racing team car at the second Round of the Blancpain Endurance Series Championship last weekend (9th – 12th May).

The race, which was held at Silverstone, saw Orange1 racing team triumph, finishing at second place on the podium. Orange1 FFF Racing Team, which is officially supported by Lamborghini Squadra Corse, placed the HydraForce logo on top of the Lamborghini Huracàn GT3 Evo at the British held Endurance race.

Orange1 Precision, part of the Orange1 Holding group are a strategic supplier of HydraForce. The company has worked alongside the Italian supplier for over six years (when formerly known as MADO srl), before it became Orange1 Precision after the merger between CAME srl and MADO srl in 2018

Adding the HydraForce logo to the car at the UK race, establishes the beginnings of a partnership between the two companies after the idea was first initiated by Orange1 President, Armando Donazzan:

“It is a pleasure for us to share our project with HydraForce in order to give high visibility and a great publicity associating in a prestigious brand as Lamborghini, which is synonym of Innovation, technic, experience, performance” says Orange1’s president.

The Orange1 team started from third place on the grid, after a successful qualifying session; finishing the race in second place on the podium last Sunday. The race lasts for three hours and sees each of the three Factory drivers of Lamborghini, Giovanni Venturini (Italian); Franck Perera (French) and Phil Keen (English) drive the car for one hour each.

The two companies will continue to work together; with HydraForce hoping to grow with Orange1 Precision by introducing a new range of component parts supplied from the Italian supplier.