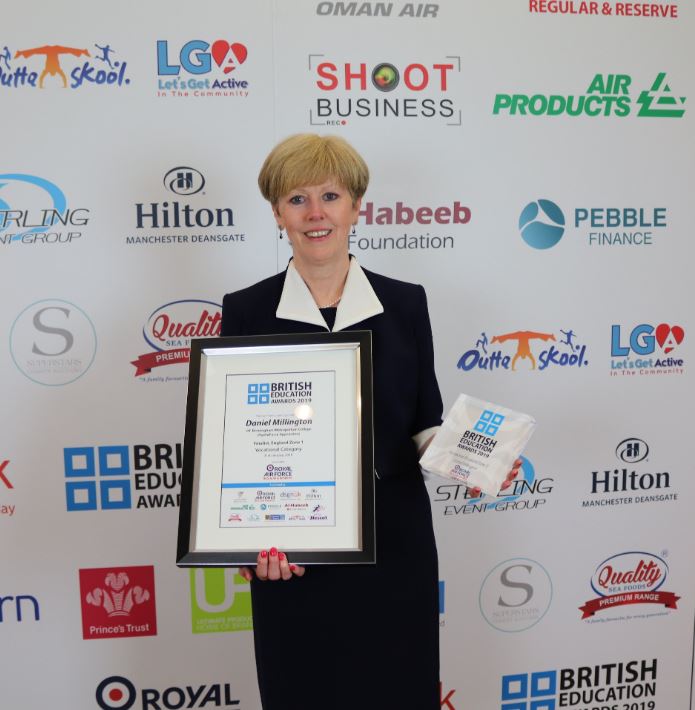 HydraForce Hydraulics Ltd, the Birmingham based manufacturer of hydraulic valves and manifolds, was delighted to announce that their former apprentice, Daniel Millington has won the Vocational British Education Award for England (Zone 1 Region) yesterday.

Daniel, who completed his Manufacturing Engineering Apprenticeship one year early, moved into the position of Engineering Technician following successful completion of his apprenticeship, before being promoted to Process Engineer at the end of last year. Although he was unable to attend the ceremony, due to exam commitments for his Engineering degree, Daniel was excited to achieve this fantastic award:

“I’m absolutely thrilled to win the Vocational British Education Award! It’s brilliant to be involved in such a prestigious and important event and it really showcases what the up and coming generation can do, have done and are doing in a range of sectors. My apprenticeship and education has been a fantastic journey and has allowed me to accomplish some fantastic things, it’s the best decision I ever made!”

Students were also judged for their extracurricular activities and responsibilities, of which Daniel has many, including being an ambassador for young apprentices throughout the Midlands region, as part of the West Midlands Apprenticeship Ambassador Network (WMAAN), which helps young people to start their careers; as well as mentoring the company’s younger apprentices.

“We are incredibly proud of Dan.  Since he joined as an Apprentice, he has worked incredibly hard and been extremely diligent both in his academic studies and his work, which has culminated in his success.  Dan is an example to people of all ages of the value of both apprenticeships and life- long study and we are confident he will continue with his development and become a role model to others in the business”

Daniel attended Birmingham Metropolitan College, where he studied during his apprenticeship, and is now Student Governor, sitting on the board and is a member of the Financial Committee discussing future expenditure and departmental costs.