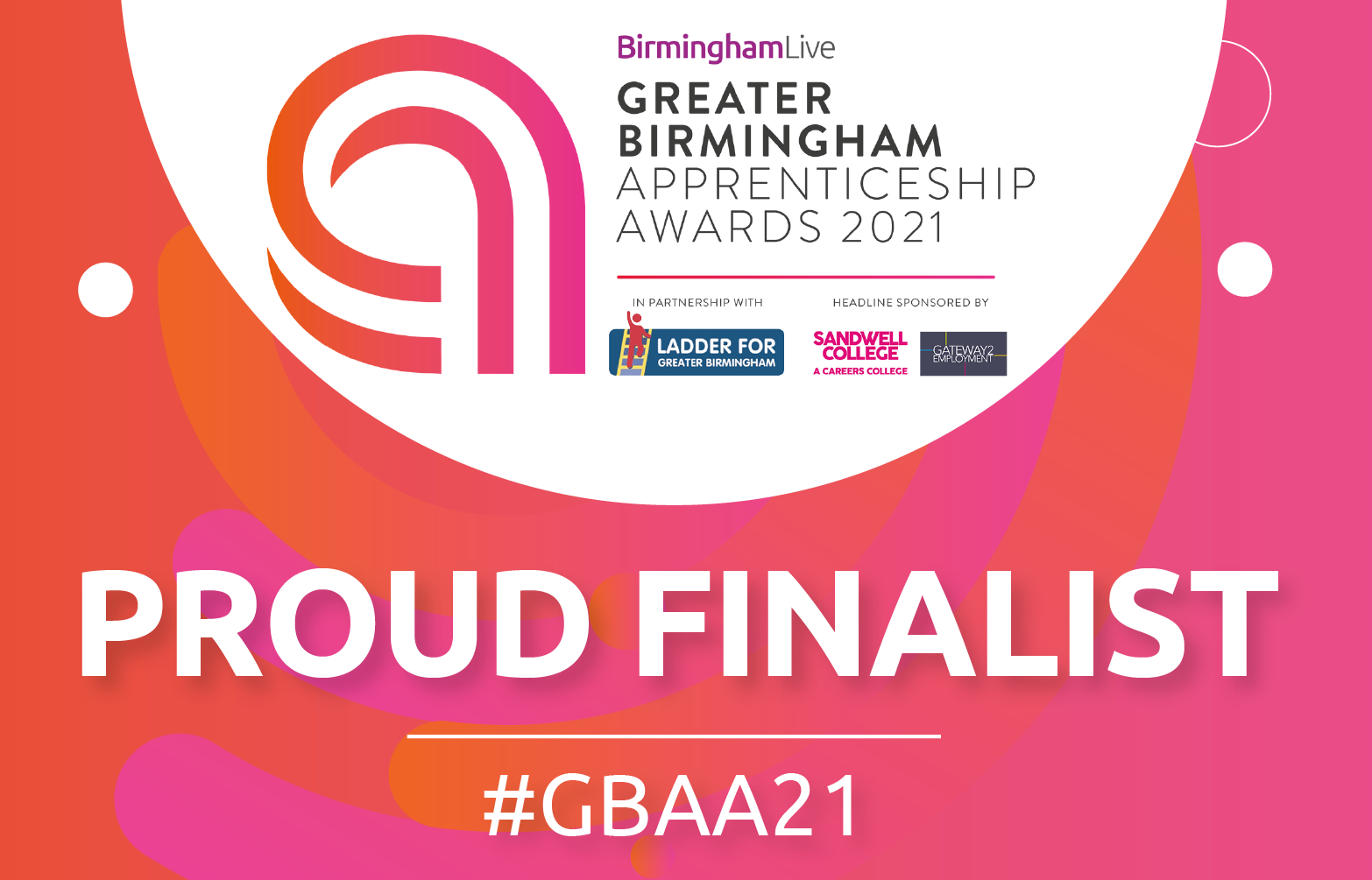 HydraForce Ltd is delighted to reveal that they have been shortlisted for both Large Employer of the Year and Apprentice of the Year in the Greater Birmingham Apprenticeship Awards 2021.

HydraForce’s Engineering apprentice, Ahmad Ford, has been nominated for the Apprentice of the Year award in Engineering & Manufacturing:

“Since Joining HydraForce in 2018 at a time when I was looking for a new, more challenging and rewarding career path. I have been challenged daily with opportunities to not only participate in but in some instances lead business critical projects” said Ahmad, after the news of his nomination. “During this period, HydraForce has gone through a significant growth and the fact that I have been given the opportunity to participate in projects that have assisted this growth, reinforces my belief that not only an apprenticeship, but an apprenticeship with HydraForce, was a smart decision.”

“It has never been my intention to seek any kind of critical acclaim, but I feel humbled and honored to be shortlisted for the Greater Birmingham Apprenticeship Awards 2021” continues Ahmad. “Whether I am successful or not, I look forward to continuing my development, through my foundation degree, to full honors degree, laying the foundations for a long and bright future growing with HydraForce and hopefully having the opportunity to assist in the development of future HydraForce apprentices.”

Ahmad will be competing against two other candidates in the Engineering & Manufacturing category. Should he be successful in this industry category, he will then be in the running for the winner of Greater Birmingham Apprentice of the Year. This overall award will be revealed on the night and chosen from one of the six industry apprentice winners.

HydraForce has also been nominated for Large Employer of the Year for apprenticeships at this year’s award ceremony.

“It is also fantastic to hear that Ahmad has been shortlisted for this award” continues Sam, “and it is a true reflection of his hard work and determination that he has shown throughout his apprenticeship”.

This nomination follows the company's success in this category in 2019, where they were winners of the Large Employer for Greater Birmingham. HydraForce was also shortlisted at last year's virtual ceremony event.

These apprenticeship awards are part of the Greater Birmingham campaign launched in 2018 to increase the number of apprentices across Birmingham and Solihull.

The award ceremony will take place on Thursday 11th November at Edgbaston Stadium.