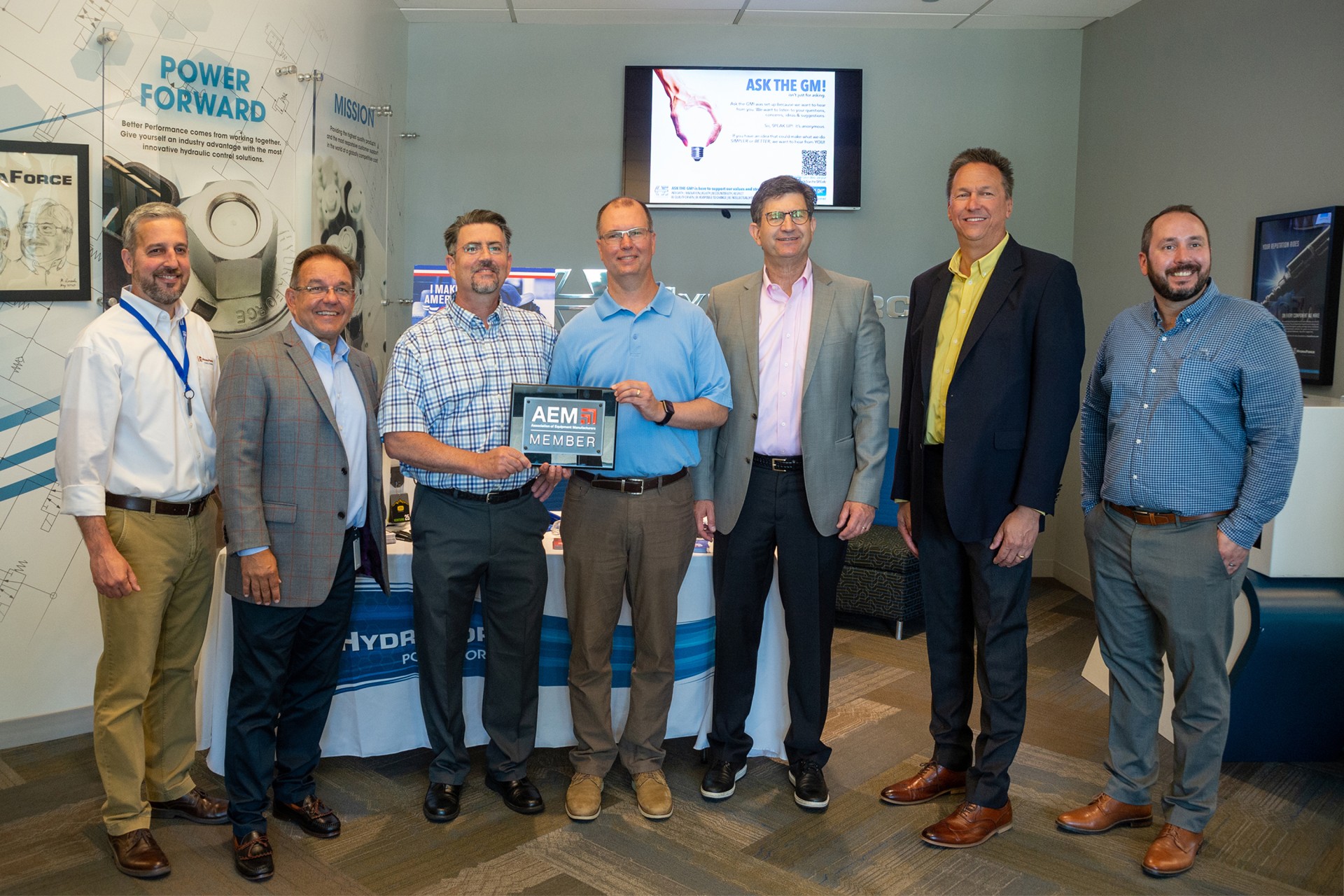 HydraForce and The Association of Equipment Manufacturers (AEM hosted United States Representative Brad Schneider (D-IL) for an "I Make America" event in Vernon Hills. The event focused on the importance of American equipment manufacturing, as well as the Bipartisan Innovation Act, legislation that would enhance U.S. innovation leadership and global competitiveness.

Schneider toured the company's headquarters and met with employees on the factory floor for a townhall meeting.

During the visit, he touched on the pro-manufacturing policies he supports as as member of the U.S. House of Representatives which includes the Infrastructure Investment and Jobs Act as well as the Bipartisan Innovation Act currently being negotiated between the House and Senate.

AEM is working with closely with congressional leaders of both parties and the administration to chart a path forward for the Bipartisan Innovation Act, which will strengthen the U.S. supply chain, invest in innovation, increase America’s global competitiveness, and protect the more than 245,000 manufacturing jobs in Illinois.

“HydraForce would like to extend our gratitude to Congressman Schneider’s for visiting our facility, and sharing his insights on the progress being made on Capitol Hill.  During these uncertain times, it’s important for us to hear that Congress is hard at work addressing the issues our industry is currently facing -- namely labor shortages, logistics, inflation and infrastructure.” said Mike Terzich, president and CEO of HydraForce.  “Our industry will greatly benefit from the action plan being set in motion by the Bi-Partisan Innovation, and the America Competes acts.”

“AEM greatly appreciates Congressman Schneider's steadfast focus on strengthening U.S. equipment manufacturing, increasing our global competitiveness, and providing more opportunities for the men and women who make the equipment that builds, powers, and feeds the world,” said Kip Eideberg, AEM’s senior vice president of government and industry relations. “At a time of rising geopolitical risk and increasing competition from abroad, it is imperative that our elected officials set aside their differences and swiftly reach agreement on legislation that will enable the United States to better compete in the global economy and create more family-sustaining jobs in America.”