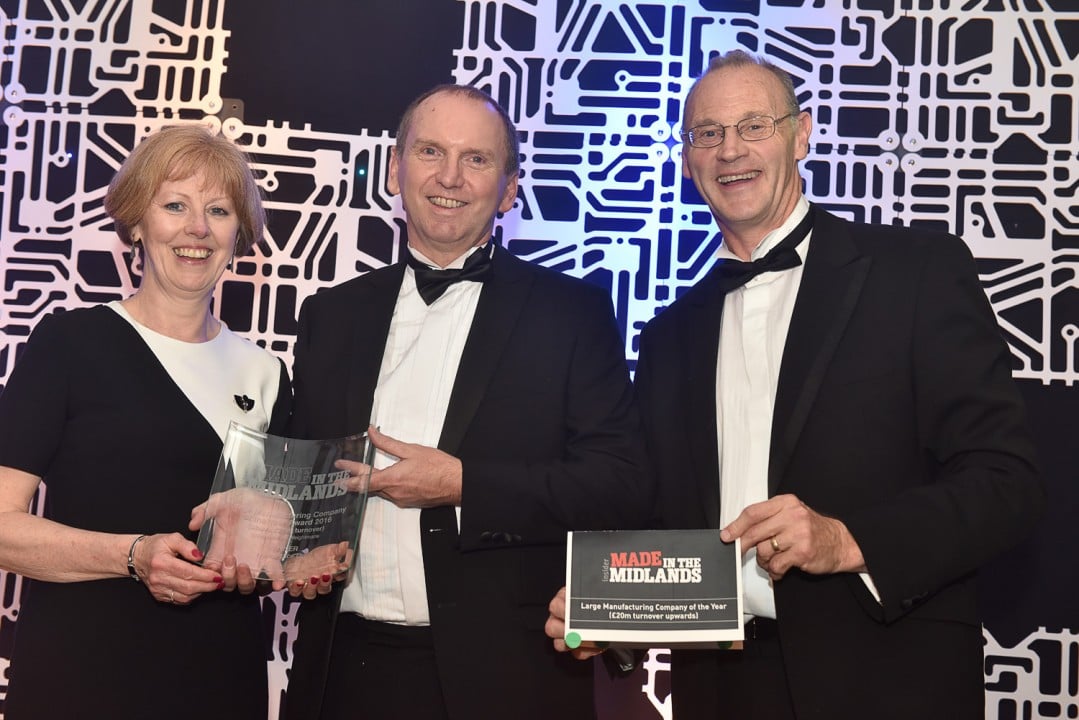 The hydraulics business, which employs over 360 staff at Aston Hall Road in Birmingham, was one of just eight winners at an event celebrating manufacturing excellence. Held at the Hilton Birmingham Metropole NEC, the Made in the Midlands awards were hosted by broadcaster Jason Mohammad. He said: “Our continued prosperity depends heavily on manufacturing companies. Virtually every indicator says that manufacturing is on the up. It’s the rise of the machines you might say but we’re boosting training, investing in innovation and spending more on developing exciting new products. Most importantly, though is that manufacturing is starting to grab the excitement of the public and young people in particular."

HydraForce won this challenging class as it proved to be not only a success story in its own right, but is actively investing in Midlands manufacturing. It fought to stay in the Midlands and last year opened a brand new £10 million, 120,000 sq ft factory which has the capacity to increase its output and create brand new manufacturing and engineering jobs for the Midlands. HydraForce showed dedication to exports, with three quarters of its output going overseas. The business was also praised for its dedication to training and continuous quality improvement.

HydraForce Ltd Managing Director, Peter McDonald said: “This award recognises the considerable investment HydraForce has made in the region, creating new jobs in manufacturing. It’s another milestone in the continued success story of HydraForce and is testament to the hard work and dedication of all our employees, and the continued support of our parent company HydraForce Inc.”