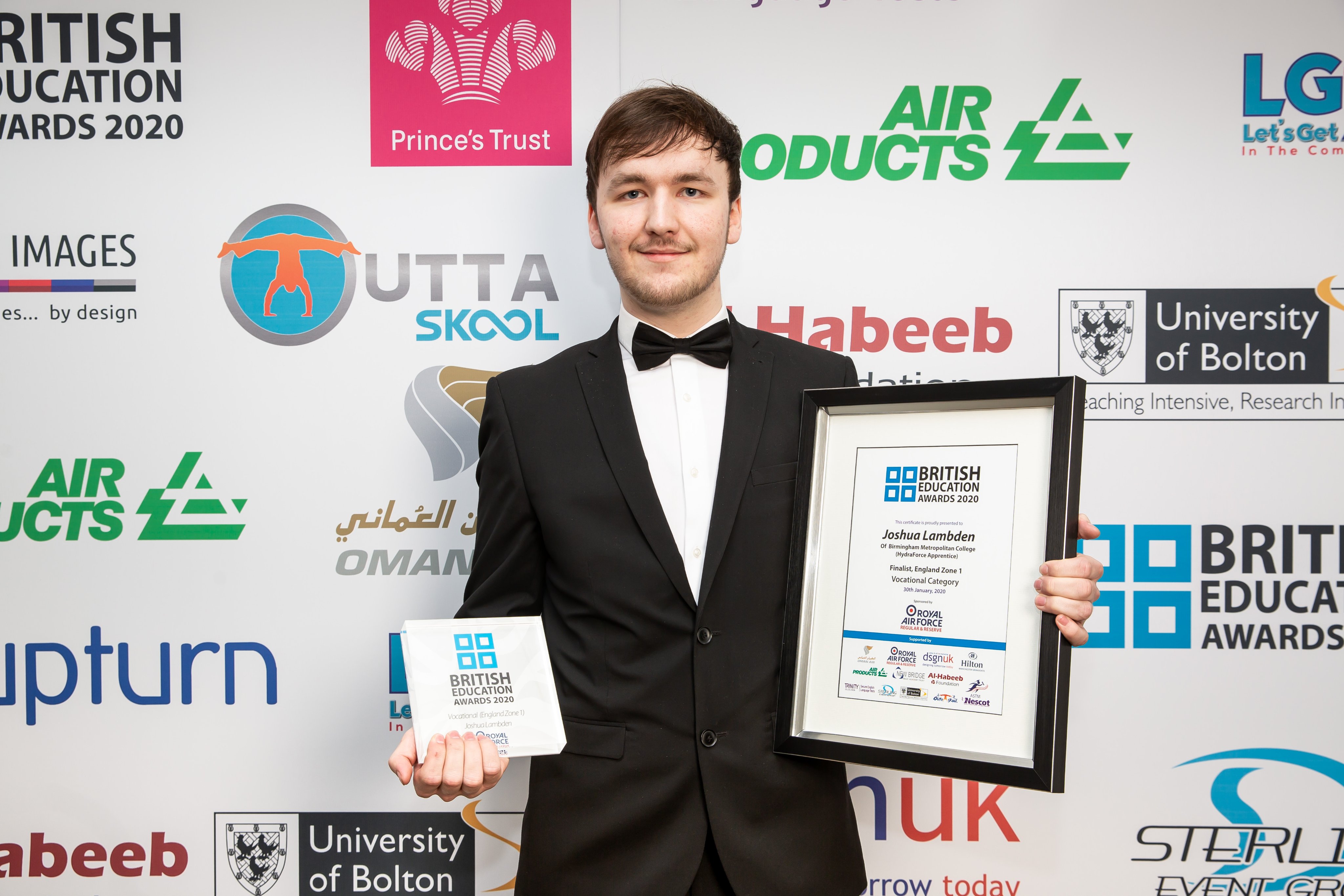 The event, which took place at the Hilton Manchester Deansgate hotel on Thursday 31st January, saw Joshua compete against two other candidates in his category for the winner of England Zone 1 Region:

“Winning this award has proven to me that hard work really does pay off” said Joshua, after accepting the award.

“I really struggled academically in Secondary School and since then I have put more effort and hours into my work than I ever thought I could. When starting my apprenticeship I never thought I could’ve achieved what I have and I'm so grateful for all the support and opportunities provided to me by my team and by HydraForce.”

Joshua achieved a Double Distinction* in his studies for his BTEC Level 3 Diploma, attending Birmingham Metropolitan (BMet) College to complete his Electrical Engineering Apprenticeship, in conjunction with his full-time role at HydraForce. He is now studying towards his Foundation Degree in Electrical & Electronic Control Engineering.

Joshua successfully completed his apprenticeship one year earlier than predicted, and has since been promoted to Maintenance Technician at HydraForce, in September last year:

“Once again, we are immensely proud of Joshua’s achievement; not only has he won yet another award, having previously been successful at the Made in the Midlands and Ladder for Birmingham awards, but he has continued from last year where another of our employees won this award for the first time” said Christine Tolley, Head of Human Resources at HydraForce.

“Joshua’s success is testament to his hard work and commitment; it is a reward for him personally in winning this accolade but also extremely satisfying for HydraForce that the investment we make in supporting our employees in their lifelong learning journey pays off.  He has set a fantastic example to his colleagues and young people who are looking for role models”

Joshua was winner of the BEA Region England Zone 1, which covers students from the North West, North East, Humberside & Yorkshire and West Midlands. He has also been successful at previous awards including Made in the Midlands Regional Apprentice of the Year Award 2019 and he received the Runner-up award for Ladder for Birmingham: Outstanding Apprentice of the Year, last July.

This is the second time a HydraForce Apprentice has been successful at the BEA award ceremony, with the same category having been won by one of Joshua’s colleagues in 2019.