HydraForce Apprentice wins the Made in the Midlands Award 2022 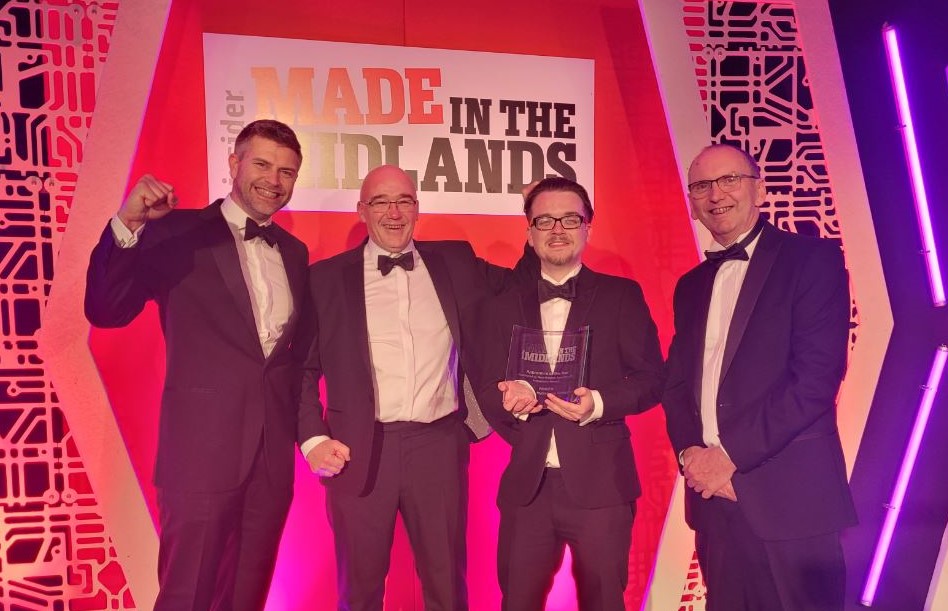 HydraForce is delighted to announce that former apprentice, Owen Miles, has won the Made in the Midland’s Apprentice of the Year Award 2022.

The event, held last week on Thursday 26th May at Birmingham’s Macdonald Burlington Hotel, saw Owen compete against two other regional candidates in his category:

“Words can’t express my gratitude to both HydraForce and my Manager, Michael Gillbee, for the progression I have experienced at this company,” said Owen, upon accepting his award.

“This award is a testament to HydraForce’s determination to see their staff develop. May my journey of progression never stop!”

Owen, now Junior Manufacturing Engineer, impressed the judges by taking on major projects and embracing the need to continuously improve his skills, whilst acting as a mentor and role model to his colleagues.

“This award is meaningful on a number of levels,” said Manufacturing Engineering Manager, Michael Gillbee, who attended the awards ceremony.

“It recognises that HydraForce offers a world class apprenticeship programme which is made possible by all of the great people who spend time with the apprentices during their rotations around the business. It also reflects the trust that the business bestows on the apprentices, by giving them business critical projects to work on. And finally, and most importantly, it recognises the hard work, late nights and determination shown by Owen to achieve this great award,” continued Michael.

“It is a fantastic achievement and I am very proud of Owen.  What a great way to start his working career.  I am full of optimism for the future endeavours Owen will be dedicating himself to in the coming years.”

The annual awards ceremony celebrated the products, innovations, and achievements of regional manufacturers over the past twelve months, and included Guest Speakers including Professor Gary Jones of Rolls-Royce and Professor David Bailey of the University of Birmingham.

This is the second time a HydraForce Apprentice has been successful at the Made in the Midlands Awards, following Joshua Lambden’s win in 2019. The company also achieved MiM Manufacturer of the Year in 2016.